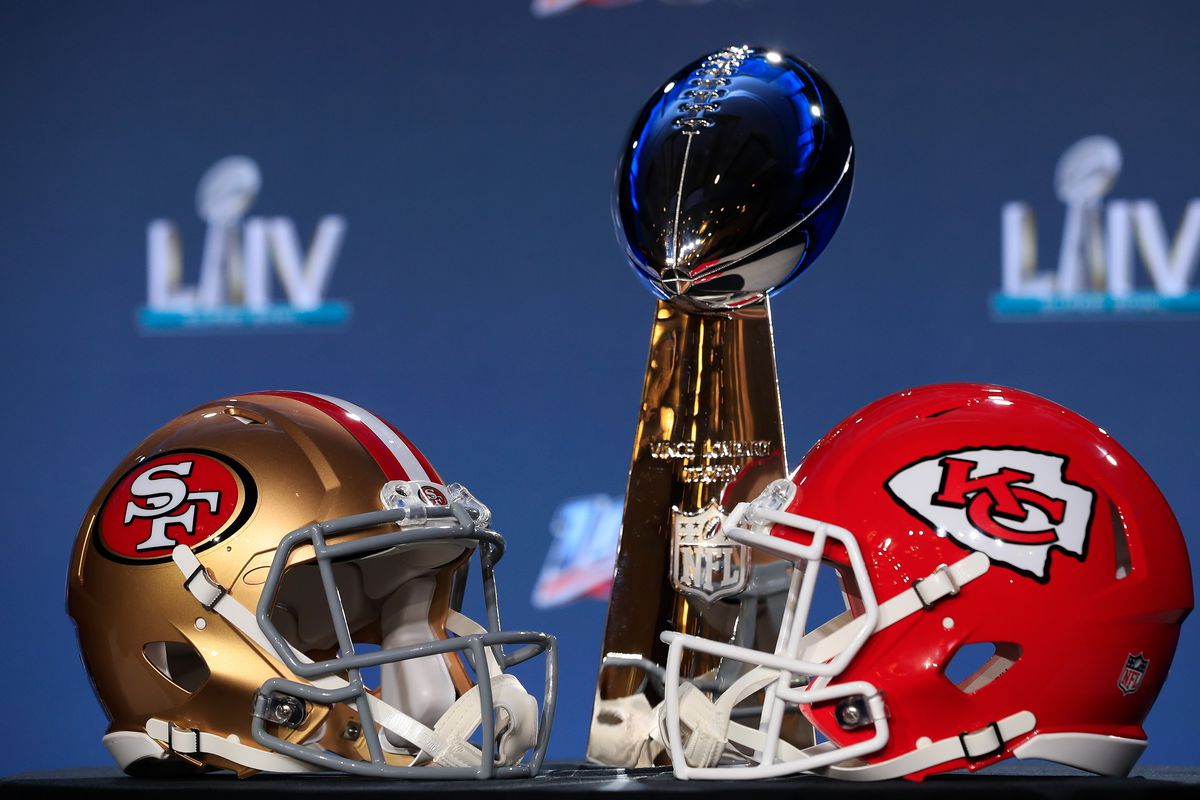 This year’s Super Bowl was always going to be a bit special. It is the culmination of the NFL’s 100th season and, as such, will see the usually massive celebrations dialled up to 11. Away from the half time show, the fireworks and all the razzamatazz, Super Bowl 54 should be an excellent match between two very strong teams.

The Kansas City Chiefs have already proven that they are more than capable of coping with the sort of pressure they’ll face at the Super Bowl. Their run through the playoffs was nothing short of incredible, including one of the NFL’s great comebacks when they rallied from 24-0 to beat the Houston Texans 51-31.

The San Francisco 49ers have had plenty of nerve-jangling moments themselves during the course of the season. They narrowly got the better of the Ravens (20-17), the Saints (48-46) and the Rams (34-31) but were much more comfortable in the playoffs against the Vikings and the Packers.

With their only recent meeting coming in the preseason, there is an unpredictability to this year’s Super Bowl which only adds to the excitement levels.

The Kansas City Chiefs head into Super Bowl 54 as the narrow favourites with the bookies. They ended the season with an impressive record of 13-4 and have an offense filled with some of the most exciting players in the NFL.

Spearheading everything the Chiefs do from an attacking sense is their charismatic quarterback, Patrick Mahomes. The 24-year-old is the perfect example of a modern quarterback – smart, athletic and able to improvise. His baseball background allows him to make throws that others can’t whilst he is more than capable of running in a touchdown.

Mahomes is the sort of player who capitalises on any opportunity given to him. The question is, how much opportunity will the San Francisco 49ers’ fearsome defence allow him?

The Niners’ defensive line will put pressure on Mahomes right from the off with Nick Bosa the main threat. Even when he is able to find some space it won’t be easy to pick a pass with cornerbacks Richard Sherman and K’Waun Williams impressing of late.

Jimmy Garoppolo, the 49ers quarterback, has been singled out as a potential weakness. That is a little harsh on a player who learnt a huge amount when the backup to Tom Brady at the New England Patriots. The 49ers also showed they don’t need their quarterback to thrive in order to win with their incredible running game proving far too strong for the Green Bay Packers in the NFC Championship game.

The Chiefs will need to work out a way to stop the 49ers’ clearing a path for Raheem Mostert but if they focus too much on the running game, the Niners will be able to switch things up and bring the effervescent George Kittle into the offense. This is as tight as the odds suggest.

The Point Spread market is another representation of just how close the bookies are expecting Super Bowl 54 to be. We agree that it is going to be very tight but aren’t quite sure why the 49ers are the underdogs.

Kyle Shanahan’s men arrived in the playoffs with the best record in the NFL despite an incredibly tough run of fixtures. This is a team who have proven themselves against some of the best the NFL has to offer already and the ability to switch things up so the 6/5 that Sportingbet are quoting on the San Francisco 49ers to win with a -2.5 point handicap looks like a great price.

Traditionally, the Most Valuable Player award goes to the quarterback of the winning team in the Super Bowl. They are the player who sets the tempo and get paid the big bucks. If the Chiefs win then Mahomes would likely be named MVP but it could be a little different if the 49ers win.

If the Niners utilise their running game anywhere near as much as they did against the Packers then it would be tough for Garoppolo to be crowned MVP. Even if they mix things up there is a case to be made for George Kittle at 18/1 with Paddy Power.

Kittle has come up big for the Niners already this season but away from the huge moments he is a key figure in their running game. Kittle’s versatility and the amount of attention he gets suggest he is a potential Super Bowl MVP winner.

George Kittle to be MVP at 18/1 with Paddy Power