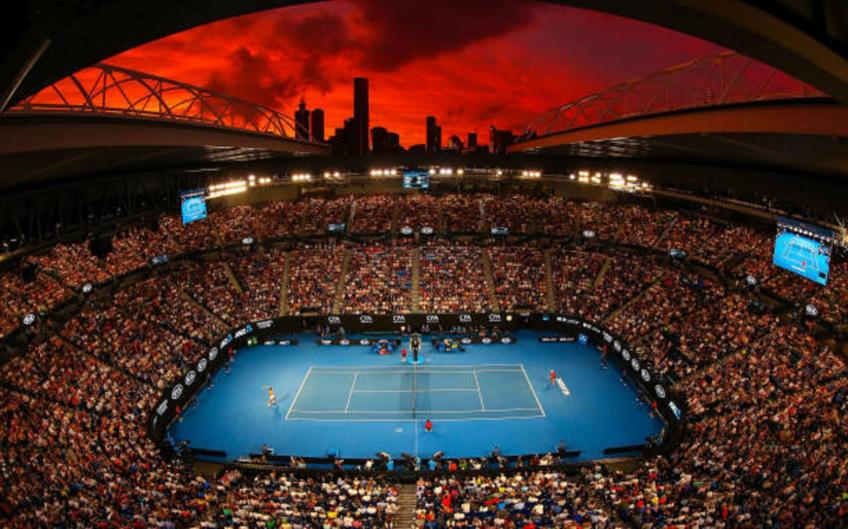 Australia is a proud sporting nation. It hosts some of the biggest sporting events on the calendar but the country has had much more serious issues on the mind. The devastating wildfires which caused so much devastation continue to rage in parts of the country whilst rain has brought welcome relief to others.

Thankfully for residents of Melbourne, heavy rains have quelled the fires around the Victorian capital. However, the rain has done little for the air quality which has already had an impact on qualifying for the 2020 Australian Open. Play has had to be cancelled on occasion as the air quality plumps to hazardous levels which is a real concern ahead of the tournament proper.

Thankfully, there are three covered courts at Melbourne Park. Tournament director, Craig Tiley, has confirmed that there are plans in place to move play from the outside courts should the air quality plummet again to ensure the tournament runs to schedule.

Hopefully, that will allow the actual tennis to take centre stage because we have another excellent tournament ahead in both the men’s and women’s singles.

Novak Djokovic is the most successful man in the history of the Australian Open. He claimed his seventh title in Melbourne last year and heads into this year’s edition as the clear favourite with the bookies.

Given the incredible amount of talent that he’ll have to finish ahead of, you might think that the 6/5 that bet365 are quoting on Djokovic is a little short. However, he is very much the dominant force in men’s tennis at the moment and heads into the first Grand Slam of the year on the back of playing a starring role as Serbia won the inaugural ATP Cup.

If you don’t fancy simply backing the favourite to win the Australian Open, consider the 16/1 that Unibet are quoting on Stefanos Tsitsipas’ chances.

The 21-year-old has been spoken of as a potential superstar of the future for some time now and last year was a real coming of age for him. He had some very good performances in the earlier parts of 2019 – including reaching the semi-finals of the Australian Open – but then lost his form dramatically.

It was the way that Tsitsipas fought back from that loss of form to eventually win the ATP Tour Finals that was most impressive. Tsitsipas is a Grand Slam champion in waiting and could even break his duck in Melbourne.

Just as in the men’s singles, the betting for the women’s singles is headed by the most successful player in Australian Open history. Serena Williams was always going to be the favourite thanks to her seven Melbourne titles but her position at the head of the betting strengthened following her recent win at the Auckland Open.

Although it’s always dangerous to write Serena off, you’d have to think her price of 4/1 with bet365 is a little skinny. We’ve seen in recent Grand Slams that her movement on the court is far from fluid which may just be her undoing against such a high number of potential Australian Open champions.

Of those with the potential to win, none will be supported better than Ashleigh Barty. The 23-year-old is the main hope of an Australian winner in Melbourne having made her breakthrough at the highest level last year.

Not only did Barty claim her maiden Grand Slam at the 2019 French Open but she heads to Melbourne at the top of the WTA rankings. Her game is very well suited to the GreenSet hard courts at Melbourne Park so looks well priced at 8/1 with Ladbrokes.

Karolina Pliskova has much more experience than Barty but she is yet to make that breakthrough in the Slams. There is very little missing from her game in a technical sense but her mental fortitude has been questioned multiple times in years gone by.

Like each of her competitors this week, Pliskova is obsessed by doing whatever she can to improve. She’s put work into her mentality which should start paying dividends. A former Junior Australian Open champion, Pliskova looks overpriced at 12/1 with bet365.