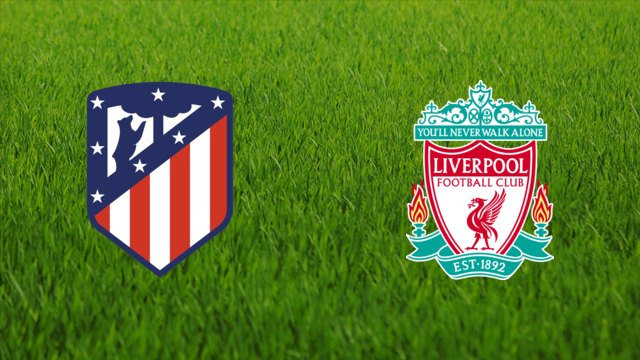 The Champions League returns with a bang on Tuesday night as last season’s champions, Liverpool, return to the Wanda Metropolitano, the stadium where they lifted the famous trophy back in May.

Everybody connected with Liverpool will be happy to return to Madrid but they know this is no time for a trip down memory lane. Atletico Madrid represent a very difficult draw in the Round of 16 even if they’ve been some way short of their best this season.

The bookmakers’ odds have Tuesday night’s match as a very close run thing with Liverpool the narrowest of favourites. It’s very different in the To Qualify market where Liverpool are a general price of 1/3 to book their place in the quarter-finals. Will those odds shorten courtesy of yet another win for Jurgen Klopp’s men or can Atletico’s ‘never give up’ attitude drive them to a big home win?

Despite both having plenty of success in the Champions League over the last few years, this is the first time that Atletico Madrid and Liverpool have met since their 2010 Europa League semi-final. Indeed, they have very little head-to-head experience which gives this fixture a scarcity that only adds to the levels of excitement.

Atletico have developed a well-earned reputation as one of the most combative, competitive and complete teams in European football under the management of Diego Simeone. The Argentine has had his critics this season as Atletico have toiled at times but he clearly retains the support of his players and is more than capable of coaxing a top class performance out of them on Tuesday.

The question remains though, is Atletico’s best good enough to get the better of this phenomenal Liverpool side?

Liverpool, once again, showed tremendous combination of mental strength and technical quality to make it past a resilient Norwich display on Saturday evening to further strengthen their position at the top of the Premier League. This is a team who have gone from one of the best cup teams in Europe to one of the most consistent performers at the top level in the world.

Beating Atletico Madrid is never easy but Liverpool have what it takes to bring a positive result into the second leg at Anfield so consider backing the away side to win at 5/4 with William Hill.

Last season’s Champions League will be remembered for more than just Liverpool’s success. It provided some incredible twists, turns and late drama from the end of the group stage all the way through to the final. There is always the chance for more nail-biting football when teams the quality of Atletico Madrid and Liverpool face off but it’s likely that the majority of the drama will be saved for the second leg at Anfield.

As the old cliché goes, you can’t win a two-legged tie in the first leg but you can certainly lose one. Both teams will take the threats of the other incredibly seriously and be keen, first and foremost, to ensure they are still in the tie come the second leg on Merseyside in three weeks.

It’s no surprise, therefore, that scorelines reflecting a tight match dominate the betting in Correct Score market. If you agree that Liverpool are the most likely winners and are looking for a bigger payout, the 6/1 that William Hill are quoting on the away side winning 1-0 looks tempting.

Jurgen Klopp hoped that he would not have to use Sadio Mane during Saturday’s match against Norwich. The Senegalese star is still working his way back to 100% match fitness after an injury but was introduced off the bench at Carrow Road where he scored the winner. Mane has scored fewer goals than Mohamed Salah in all competitions this season but he rightly tops the betting to score the first goal at the Wanda Metropolitano at 11/2 with Unibet.

Mane is a team player who regularly gets on the end of well crafted Liverpool moves but also has the class to score individual goals out of nothing. He scored important goals during last season’s run through to the final and can produce another special moment against Atletico Madrid.

Liverpool to Win at 5/4 with William Hill

Sadio Mane to Score First at 11/2 with Unibet