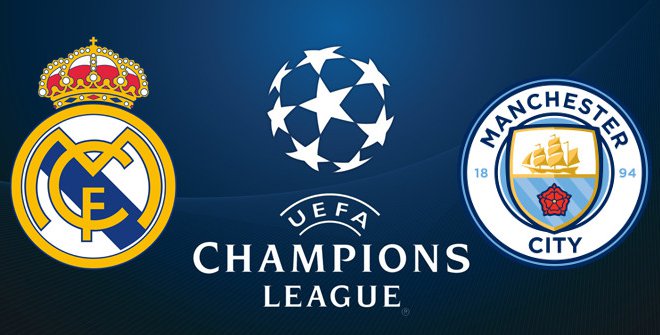 Ever since Manchester City’s fortunes were changed forever by the investment from Abu Dhabi, the goal has been to win the Champions League. Incredible amounts of money and effort have been spent to push City into the European elite so it is understandable that any external block to that ambition would not go down well with the club.

The rights and wrongs of UEFA’s decision to ban Man City from the Champions League for two seasons and of City’s conduct in the period concerned are still to be debated by lawyers for some time yet but it’s safe to assume that it will galvanise the team ahead of Wednesday night’s match against Real Madrid.

For many Man City fans, Real Madrid perfectly represent the European elite which is supposedly trying to close ranks on the Citizens. There will be an interesting atmosphere between officials from the two clubs in the Santiago Bernabeu as there should be a very interesting contest between the two teams on the pitch.

Manchester City’s European pedigree, even in recent times, is not a patch on Real Madrid. Even when not at their best, Real have found something extra in the Champions League, famously winning the world’s premier club competition three years in a row during Zinedine Zidane’s first spell as manager.

The Frenchman’s legendary status among the Real Madrid fans has been assured many times over. Still, he has faced calls to be sacked this season. That tells you a lot about the incredibly demanding nature of the Madridistas but also about how poor Real have been at times during this campaign.

They took some time to get up to speed in their group stage campaign and head into this huge match on the back of a shock defeat against Levante. There is no question that this is a long way from a vintage Real Madrid team and their task has been made all the tougher against Man City with the news that Eden Hazard faces a significant spell on the sidelines.

At least Real are in the title race. That’s not something you can say about Man City who have been way off the pace set by Liverpool in the Premier League. City fans hope that will at least free their team up to give everything to the Champions League.

Pep Guardiola certainly didn’t take any risks during Saturday evening’s win over Leicester. Raheem Sterling, for example, was kept out as a precautionary measure and is expected to return to the squad for the trip to the Spanish capital. With his players giving everything, a big stage to send out a message to the rest of Europe and their opponents in poor form, Man City look a good bet to win at 6/4 with bet365.

Just one goal was enough to decide matters the last time Real Madrid and Manchester City faced each other in the Champions League. Fernandinho’s own goal did for the Citizens in the 2016 semi-final which only adds to City’s desire to win on Wednesday.

Given just how potent an attacking threat Man City are, it’s tough to imagine they’ll go the 90 minutes without finding the net. Pep Guardiola has also amassed plenty of experience of this sort of demanding, tricky Champions League tie and understands the importance of grabbing an away goal. By the same token, Zidane will be keen for his team to maximise their home advantage so we could be in for an entertaining clash.

If you’re having a play in the Correct Score market, therefore, consider the 19/2 that Sportingbet are quoting on Man City winning 2-1.

Sergio Aguero and Gabriel Jesus rarely start together. More often than not, the two Man City strikers are in competition for one place in the starting XI and it may well be that the younger man gets the nod on Wednesday.

Jesus saved Man City during Saturday’s win over Leicester, coming off the bench to score a late winner after Aguero missed a penalty earlier in the match. He does just what Guardiola wants of his strikers in terms of working hard and closing the opposition defence down but he’s also very good in front of goal and is the man to back to score first at 5/1 with Paddy Power.

Gabriel Jesus to Score First at 5/1 with Paddy Power