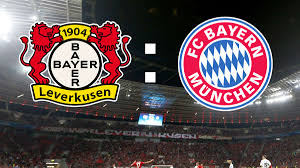 German football has relished it’s time alone in the spotlight recently. As the first major European league to restart following the enforced shutdown of football across the world, the Bundesliga had a chance to introduce itself to vast numbers of new fans.

The calibre of the football on show right from the restart has done much to win the Bundesliga plenty of supporters and two of the most entertaining teams of the last few weeks (and the season in general) go up against each other on Saturday afternoon.

Bayern Munich have recovered wonderfully well from a poor start to the season. Indeed, the improvement that Bayern have made under new manager, Hansi Flick, has seen them move seven points clear at the top of the table and become many people’s favourites to win the Champions League.

Like every other team in the Bundesliga, Bayer Leverkusen are some way short of Bayern in terms of individual quality. They are, however, a classy team who are devastating when they get going as an attacking unit – something that Rangers found out to their cost in the Europa League.

Bayer’s form stretching back to the winter break has been strong enough to move them into contention for a Champions League spot for next season but will they have enough about them to stop the Bayern Munich steamroller at the BayArena?

One of the big draws of the Bundesliga once it restarted was the promise of a title race. Borussia Dortmund led the chasing pack which also included RB Leipzig and Borussia Monchengladbach but Bayern were the odds on favourites for a reason and now have the title all but wrapped up.

It was the 1-0 win against Dortmund at Signal Iduna Park that really put ended the title race as a contest. Once again, Bayern showed that they are a cut above the rest in Germany, especially when it comes to the biggest matches.

After dealing with an initial fast start from the home side, Bayern went on to control much of the game and kept one of the most potent attacking sides in European football quiet. They’ll need that same level of control to secure another win on Saturday but the bookies and punters clearly believe they will as they are available at a best price of 4/9 with bet365.

As likely as a Bayern victory is (the champions elect have won 14 of 15 unbeaten matches in the Bundesliga) you have to think they are a little short in the match odds market. However much home advantage has been eroded by a lack of fans, Leverkusen are not simply going to roll over. No, they want to raise their game as much as possible to show that they are capable of competing with the best.

With the likes of Kevin Volland, Kai Havertz and Lucas Alario all capable of scoring a goal out of nothing, Leverkusen are going to pose the Bayern defence several problems. Bayern, however, are expert at controlling difficult games and will ensure limit the home side’s attacking threat by forcing them to do much more defending than they’d like.

Bayern concede less than one goal per game on average and have kept clean sheets in all but one of their last six matches. Part of the reason for that is the improved form of Manuel Neuer who is somewhere near his best and, having recently signed a new contract, the Bayern captain can earn another shut out.

As good as Leverkusen are, Bayern are better and the relentless tempo with which they play should ensure they have plenty of chances so a bet on Bayern winning the match 2-0 looks well priced at 10/1 with 888Sport.

Robert Lewandowski is on track to break the all-time Bundesliga scoring record for one season. The Polish hitman has never really been out of form since joining Bayern from Borussia Dortmund but he seems to have found another level this season, particularly since Flick took control.

Lewandowski is the obvious choice in the First Goalscorer market but sometimes it is as easy as plumping for the obvious. He’s scored more than a goal a game this season and once again be the man to open the scoring at a best price of 23/10 with William Hill.