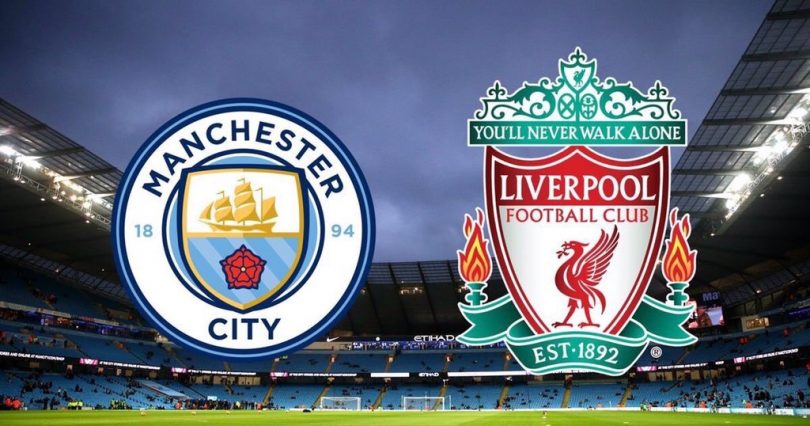 Pep Guardiola said that his Manchester City team would give Liverpool a guard of honour as they enter the pitch for their match on Thursday night. Not all City fans are happy with the idea of the show of reverence towards the team who took the Premier League title from them but Guardiola is insistent that Jurgen Klopp and his players deserve it.

There is absolutely no arguing that Liverpool have been the Premier League’s best team by a long distance this season and deserve the fulsome praise coming their way. With the title sewn up, Klopp’s men now have the chance to become statistically the best Premier League team of all time by breaking Man City’s points and goals tally of 100 and 106 respectively which the Citizens set in 2018.

Obviously, City are very keen for those records to remain intact so will be especially motivated for Thursday’s exciting clash. Will they be able to stop the Liverpool juggernaut though and what are the best bets for the clash?

The bookies make Man City the tentative favourites for Thursday’s match. Whilst Guardiola’s team do have the class to beat anybody else in Europe – they’re not Champions League favourites for nothing – it’s not immediately clear that they deserve to be favourites against this dominant Liverpool team.

Man City’s main issues this season have been in defence and maintaining consistency. Liverpool certainly have the attacking quality to take advantage of the first issue as they have caused City all sorts of problems when the two have met in recent times. In terms of consistency, it is very hard to imagine City being as good against Liverpool as they were in the comfortable wins over Burnley or Newcastle because of the extra quality that Liverpool possess.

Moreover, Man City have a Sergio Aguero sized hole to fill up front which is causing Guardiola a headache. Gabriel Jesus is yet to convince that he is up to the task of covering for the injured Argentine and this may not be the best time to try the Ilkay Gundogan as a false nine experiment.

Any team with City’s quality always has a chance and we don’t think they will lose to Liverpool, we’re just don’t think they’ll win either. The Reds are obviously on a real high as the reigning champions of Europe and England and they’ll turn up to Manchester seeking all three points. One point is a good result for any team who visits the Etihad though and that looks the most likely outcome with the draw well priced at 14/5 with Sportingbet.

We may not agree with the bookies making Man City the favourites for this match but we do agree that 1-1 is the most likely correct score.

This represents a very good chance for either team to earn a big win. For Man City, victory would show that they are not going anywhere in the fight for domestic dominance. For Liverpool, another win would take them closer to breaking those records.

Ultimately though, there isn’t a massive amount riding on the game and it’s difficult to imagine that any player on the pitch will risk injury or burnout giving their 100% top effort on Thursday night.

Both teams have too much quality in attacking positions to believe that they will go the 90 minutes without scoring but with the chance of a lack of intensity now that the title challenge is mathematically over, a low scoring game looks to be on the cards and 15/2 is a good price on the 1-1 correct score with bet365.

Gabriel Jesus finally has the chance that he’s been waiting for to earn number one striker status at Man City. He’s not taken that chance so far and will find it difficult to score against Liverpool’s super impressive defence. If Jesus’ role is kept to keeping Virgil van Dijk and company busy, opening space up for his teammates, that would be just fine by Guardiola who has an embarrassment of riches to call on.

Riyad Mahrez is one of those high class attacking players. The Algerian has really found his best stuff for Man City this season, contributing nine goals and eight assists in the Premier League. He will be a major player as City try to win back their Premier League title whenever the new season begins and he can take advantage of any early complacency in the Liverpool ranks by scoring first at 13/2 with William Hill.

The Draw at 14/5 with Sportingbet

Riyad Mahrez to Score First at 13/2 with William Hill