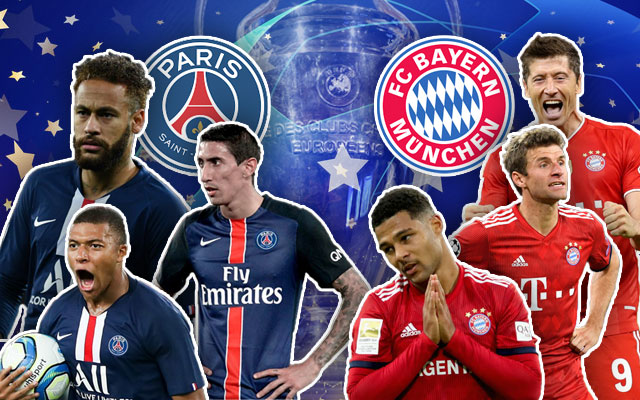 Every sporting institution in the world has had to try and make the most of a bad situation in 2020. UEFA are no different. As well as advising their member nations on how to proceed through the pandemic and taking the decision to postpone Euro 2020 for a year, European football’s governing body had to come up with a workable plan for the culmination of the 2019/20 Champions League and Europa League.

Their plan – single-leg knockout tournaments from the quarter-finals onwards held in one country – was not universally welcomed but opinions have warmed since the action in Portugal and Germany began.

The 2019/20 Champions League will forever have an asterisk by it but football fans have been treated to some excellent football and we have very worthy finalists in PSG and Bayern Munich, the French and German champions respectively.

As they’ve already shown in Lisbon, these are two of the most exciting teams in world football. They’ve taken contrasting routes to Sunday’s final but now they’re there, you can be sure than PSG and Bayern won’t care a jot about that asterisk and leave everything out on the pitch as they do battle to hoist that world-famous trophy.

We know that this has been a strange renewal of the Champions League but it is very rare that a team wins the semi-final 3-0 and their odds to win the tournament don’t change. Bayern Munich were their at their ruthless best against Lyon but PSG will have watched that match and gained some confidence.

Just like Barcelona before them, Lyon created a number of chances in the first half against Bayern but ended up on the wrong end of a thrashing. Take absolutely nothing away from Bayern’s brilliance going forward or the confidence that is coursing through them at the moment but the high line employed by Hansi Flick was a weakness in the quarter-finals and semi-finals and could be fatal against PSG who boast a forward line blessed with raw pace and technical brilliance.

PSG, on the other hand, are looking more solid defensively at this level than they have for some time. Moreover, this current crop of players have really gelled as a team, moving away from the tag of a collection of expensively assembled individuals which has long been the main criticism of the Parisians.

Just as belief is growing amongst the Bayern squad, so it is growing throughout the PSG ranks. Seeing off the challenge of Bayern Munich will take PSG’s absolute best but they look up to the task and are good value at 23/20 with Paddy Power in a final that could easily go either way.

Given how close the Champions League final is expected to be, it is no surprise to see scoreline in which both teams score dominating the top of the Correct Score market. It is tough enough to call the winner of this match so it will take some real guts to nail your colours to the mast of any particular scoreline but, for those getting involved, make sure to go for goals.

A safer potential route to profit comes with the Over/Under markets. With the sheer amount of class attacking players on the pitch and the burning desire for both teams to win the Champions League, we are very much expecting goals in the final.

The bookies have over 2.5 goals as a general 2/5 shot but we think it could well be worth taking a slightly bigger risk and backing four or more goals to be scored at Evens with bet365.

Robert Lewandowksi is, at least in most people’s opinion, the best out-and-out striker in world football. The Polish international has scored a breathtaking 56 goals in all competitions for Bayern this season and rightly tops the betting to score the first goal of the Champions League final.

From a neutral perspective though, it would be better if one of PSG’s world-class forwards could open the scoring. We all know that Bayern are ruthless when they get a lead but we know less about their stomach for a fight should they fall behind early.

Kylian Mbappe is the man most likely to take advantage of Bayern’s high line but he may be best utilised as a creative force, getting in behind before teeing up a teammate. His best working relationship on the pitch is with Neymar so consider backing the brilliant Brazilian to score first at a generous 6/1 with Unibet.

Neymar to Score First at 6/1 with Unibet