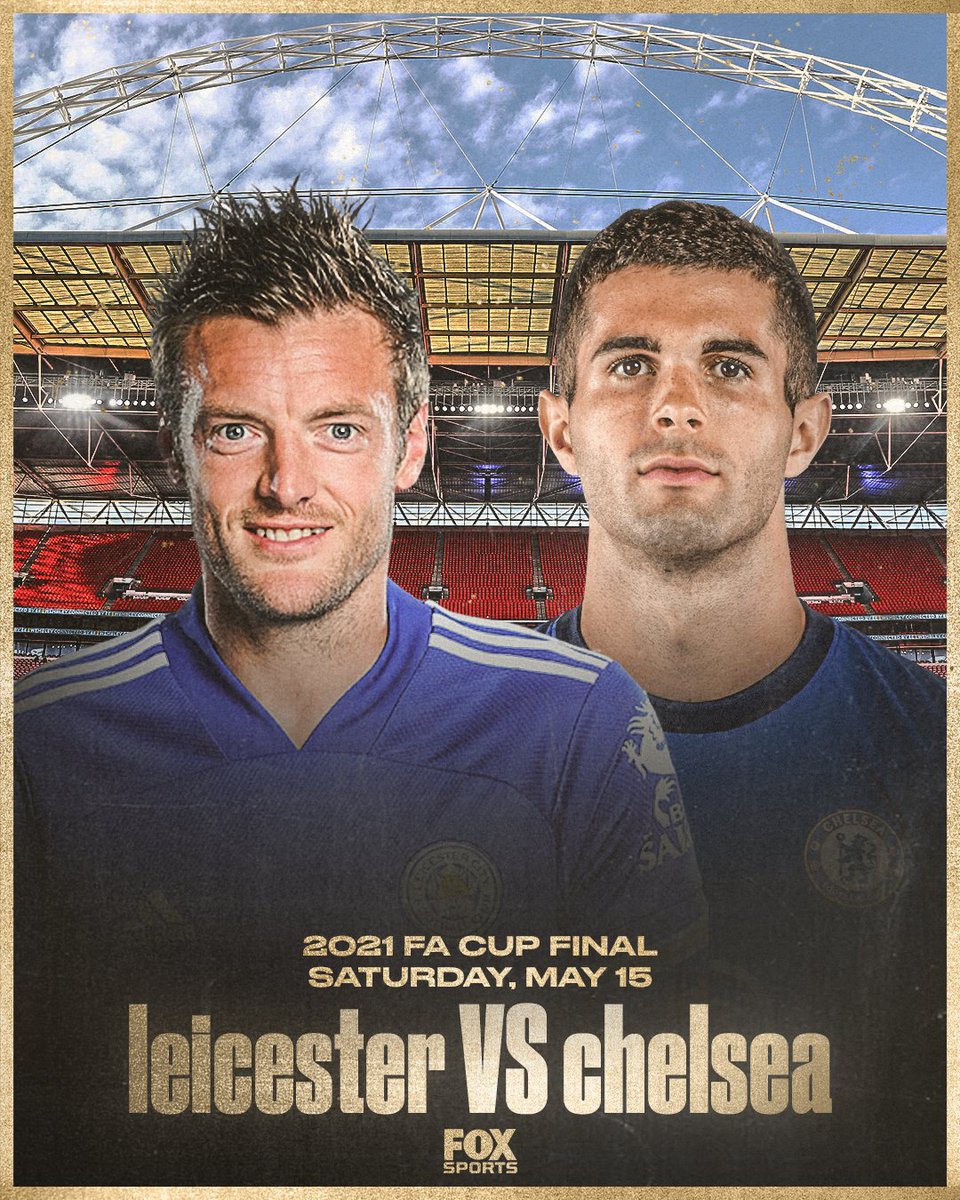 Chelsea played an important role in the coaching career of Brendan Rodgers. He was placed in charge of Chelsea academy by Jose Mourinho back in 2004 where he developed some stars of the future and his own abilities as a coach. While he is grateful for his time at Stamford Bridge, Rogers would love nothing more than to make his old club suffer by guiding Leicester to FA Cup glory at Wembley on Saturday.

Leicester will be backed by over 6,000 fans inside Wembley, each of whom was buoyed by the Foxes’ win at Old Trafford on Tuesday night which has surely assured them of a place in next season’s Champions League. Further encouragement came when Chelsea lost against Arsenal on Wednesday but Thomas Tuchel made seven changes to his starting XI for that London derby with more than half an eye on Saturday’s FA Cup final. Tuchel, who has also taken Chelsea to the Champions League final, will be able to quickly move past that disappointment and welcome back his big hitters.

The bookies expect Chelsea to bounce back from midweek. The best price available about the Blues lifting the trophy is the 1/2 that bet365 are quoting which is perhaps a little bit stingy given that Leicester have been excellent this season including in their 2-0 win over Chelsea in January. This should be a tight match with whoever wins requiring their best form to do so.

Chelsea are just a shade under even money to beat Leicester inside 90 minutes. The question that punters have to weigh up is whether the 10/11 that bet365 are quoting is an accurate reflection of the match given that Chelsea are below Leicester in the Premier League table and lost to them in their last meeting.

The vast improvement made by Chelsea since Tuchel replaced Frank Lampard shortly after their defeat at the King Power Stadium is the main reason to back the favourites. Rodgers continues to do a fantastic job with Leicester but they look a team full of potential whereas Tuchel has very quickly turned Chelsea into a team capable of winning silverware right now.

In a matter of months in West London Tuchel has already beaten teams managed by Pep Guardiola (twice), Diego Simeone (twice), Jurgen Klopp, Jose Mourinho and Carlo Ancelotti. Chelsea aren’t the most entertaining team in the world but every player knows their job in a stable system which makes them very difficult to beat.

Leicester have the combination of guile and ruthlessness in front of goal to score at Wembley but Chelsea are the right favourites so rather than simply backing the Blues to win, consider the 10/3 that bet365 are offering on Chelsea winning a match in which both teams score.

The most striking improvement made by Chelsea since Tuchel’s appointment is in defence. Clean sheets have become the norm as he’s moved to playing with three centre-backs while individual players like Andreas Christensen and Antonio Rudiger have been reinvigorated. Leicester will hope that their in-form striker, Kelechi Iheanacho, who has flourished in a partnership with Jamie Vardy, and the creativity of players just behind them such as James Maddison and Youri Tielemans will allow them to break through Chelsea’s stubborn defence.

You can be sure that the Foxes will give everything they have to getting their hands on the FA Cup and although they may just fall short in that quest, their ability to score a goal out of nothing suggests that the Chelsea 1-0 and 2-0 scorelines should be avoided by anybody getting involved in the Correct Score market.

Scoring more than one goal is against Chelsea is a big ask for any team though so the 2-1 correct score looks a solid option at 15/2 with Coral.

Timo Werner has given Chelsea fans many reasons to put their head in their hands this season. The German hasn’t come close to hitting the heights we were used to seeing from him at RB Leipzig but it was he who looked on in disbelief at a string of missed chances for Chelsea forwards during the defeat to Arsenal.

The fact that Werner was rested in midweek suggests that he will be back to lead the line against Leicester and he may be the man to back to score first at 5/1 with bet365. Mason Greenwood showed that the Leicester defence can be vulnerable to quick, direct runs and that could help Werner score his biggest goal for Chelsea so far after scoring against Real Madrid in the Champions League semi-final.