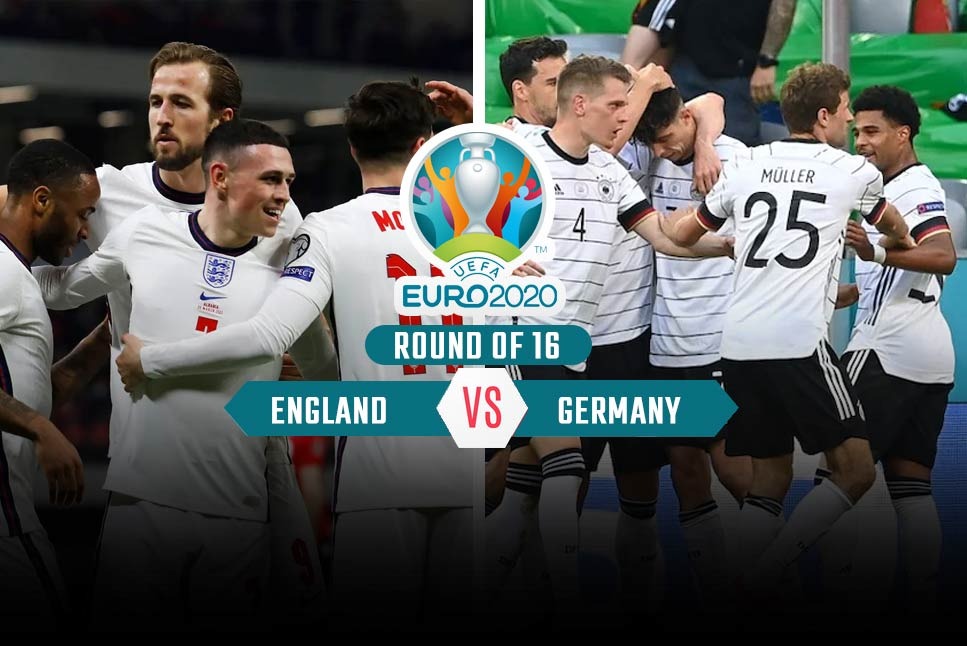 England versus Germany is one of the great rivalries of international football. The build-up to Tuesday’s round of 16 tie began the minute a pulsating Wednesday evening of football ended with Germany just about sneaking out of Group F thanks to a 2-2 draw against Hungary.

References to matches of years gone by whet the appetite for the match but the current England players like Marcus Rashford have spoken well about the need to put the past to one side and focus on creating history of their own.

This is about as big as it gets for a knockout international match for England and with strengths and weaknesses on both sides it promises to be a match you cannot take your eye off.

There was a chaotic nature to Germany’s performance against Hungary in Munich that contrasted with the controlled if stilted performances we’ve seen from England. Joachim Löw didn’t look like an international manager of 15 years experience as he flailed about looking for the right formation and combination of players to break down a stubborn Hungarian defence.

Löw and his players have all said that they must be better at Wembley Stadium, suggesting that they can use the 4-2 win over Portugal as a template for this eagerly anticipated round of 16 clash. The suggestion is that England will look to play on the front foot and refuse to sit back in the way that Hungary did but that sounds like wishful thinking.

Southgate’s England team have been criticised by their own fans for a lack of attacking intent and after watching the joy that opponents have had against Germany on the counter it makes sense to expect another patient approach from England. Add to that the threat that England’s pacey forwards will pose to an ageing Germany back line and you have the potential for a very uncomfortable night for Löw and his team.

Clearly, this Germany team is not without real talent but nor are England. For all that Bundesliga fans cannot quite fathom how Jadon Sancho doesn’t get into Southgate’s strongest XI, England are pretty much right where their manager wants them. He believes that international tournaments are won by building from the back and, backed by the Wembley crowd, England can take another step forward by beating Germany in 90 minutes at 8/5 with Betfred.

The received wisdom about knockout stages at major international tournaments is that nerves really kick in and the size of the occasion puts a lid on team’s attacking intent. The shortest priced options in the Correct Score market suggest the bookies are thinking along similar lines.

However, the value may be in going against the grain and backing over 2.5 goals which is available at 11/10 with Ladbrokes. Southgate doesn’t want England to be involved in an end-to-end match but he can only do so much to stop that and given what we’ve seen from Germany this tournament it’s clear they cannot hope to rely on their defence against England.

The Three Lions have a host of potential goalscorers for Southgate to pick even with a potential change in formation to match up with Germany and whoever starts alongside Harry Kane and Raheem Sterling will fancy their chances of scoring. While Germany haven’t been convincing, they are still irresistible when in full flow so it makes sense to expect goals for both teams. Add tired legs to the mix and the fact that half of the round of 16 matches in Euro 2016 saw three or more goals scored and that 11/10 looks a good price.

Harry Kane tops the betting to open the scoring at Wembley despite looking tired in England’s three group stage matches. Southgate has made it clear that he retains faith in his captain and Kane is good enough and strong enough to put the outside noise to one side and come up trumps for England when it really matters.

That said, Kane does look a little short in the First Goalscorer market and Raheem Sterling is a better option at 7/1 with 888sport. Nobody is questioning the Man City forward’s place in the England team anymore as he is the only player to score for the Three Lions and his pace and movement could be particularly threatening to this Germany defence.

For an outside selection, Harry Maguire is interesting at 30/1 with Paddy Power. Southgate almost let slip that he views set-pieces as an area of vulnerability for Germany and you can be sure England will have worked hard on their corners in training this week so Maguire has a better chance of scoring first than those odds suggest.

England to Win at 8/5 with Betfred

Harry Maguire to Score First at 30/1 with Paddy Power