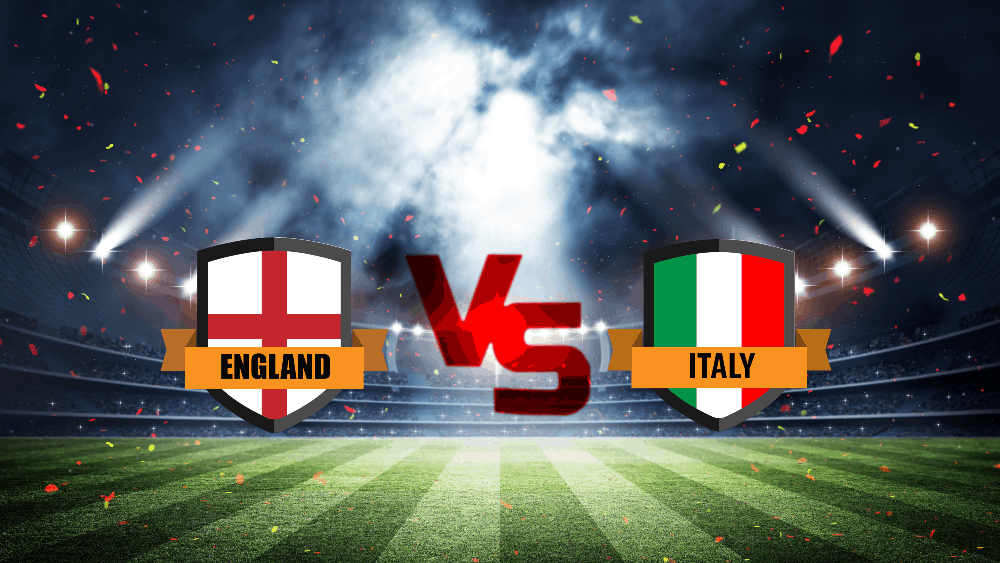 Euro 2020 has absolutely been worth the wait. One year after it was supposed to take place, this festival of European football has produced some incredible matches, world-class performances and, ultimately, two very deserving finalists.

Italy set the tone for what was to come with their comprehensive 3-0 win over Turkey in the very first match of the tournament. They have been well backed to complete the job in the final match but have more than just 11 opponents to face on Sunday evening. The Azzurri must contend with an England team on an almighty high and a partisan crowd with the bulk of the 65,000 fans allowed inside Wembley Stadium supporting the Three Lions.

If the atmosphere at Wembley for the wins over Germany and Denmark is anything to go by, there will be an incredible noise created before and during the match. The job of the England players is to cope with all of the nerves and excitement that brings to turn in the sort of top quality performance that will be required to beat Roberto Mancini’s rejuvenated Italy.

Gareth Southgate earned hero status during England’s run to the 2018 World Cup semi-finals. His young, enthusiastic and very well-coached team won back the respect of England fans and broke the malaise that had surrounded the national team for so long.

The regularity with which his decisions have paid dividends in Euro 2020 have put Southgate on the cusp of becoming a bona fide legend of English football. The same is true of his opposite number. Roberto Mancini served his country with distinction as a player but the job he’s done as a manager in such a short period of time is on a different level entirely.

Italy did not even qualify for the 2018 World Cup final and yet they have seen off all-comers just three years later. Of course, the stat that Italy are the only team to have won all of their matches at Euro 2020 is not strictly true. They needed extra time to make it past Austria in the round of 16 and were a little fortunate to stay in the tie at times against Spain before edging through that semi-final on penalties.

England also required extra time to get past Denmark on an emotionally charged night at Wembley Stadium but they had a level of control over that match that Italy never enjoyed against Spain. Italy are a very good defensive unit and they may well take England beyond 90 minutes. The home side, however, have the quality on their bench to make a difference, especially up against tired legs so it could well be worth backing England to win in extra time at 10/1 with bet365.

The shape of the Correct Score market suggests that the bookies are expecting a low scoring affair on Sunday night. The defensive displays of both Italy and England suggest that could be the case but this is not an Italian side cast the mould of teams of old. Mancini made it clear from day one in the job that he was putting enjoyment first and that you won’t see catenaccio from his Italy team (unless they are clinging on for the win late on as per during their 2-1 win over Belgium).

For all that Italy lack a top-class centre-forward, they have very good options in wider positions. Should Lorenzo Insigne or Federico Chiesa be unable hurt England, Domenico Berardi and Nicolo Barella can. Likewise, England have a wealth of options in forward positions while they have also created high-quality chances throughout the tournament.

An early goal would put the cat among the pigeons and could see a more entertaining game than many are expecting so is the 2-2 correct score worth support at 16/1 with Ladbrokes?

One of the many joys of this England team is their ability to alter their approach to exploit weaknesses in their opponents. There are fewer weaknesses in Italy than any of England’s previous opponents in Euro 2020 but they may be vulnerable to pace.

Raheem Sterling has caused mayhem at times over the past few weeks with his ability to run directly at. defenders. Anybody who saw Spain’s goal against Italy, which came with a direct run and a simply one-two, will understand how big a role Sterling has to play once again.

Giorgio Chiellini and Leonardo Bonucci will relish the challenge of going up against Harry Kane but Sterling will make life uncomfortable for that experienced duo alongside whichever player gets the nod to start down the right. Sterling is one more big performance away from being named the player of the tournament and he can make his dreams come true by scoring for England at a major international final at Wembley so back him to open the scoring at 7/1 with 888sport.

Raheem Sterling to Score First at 7/1 with 888sport