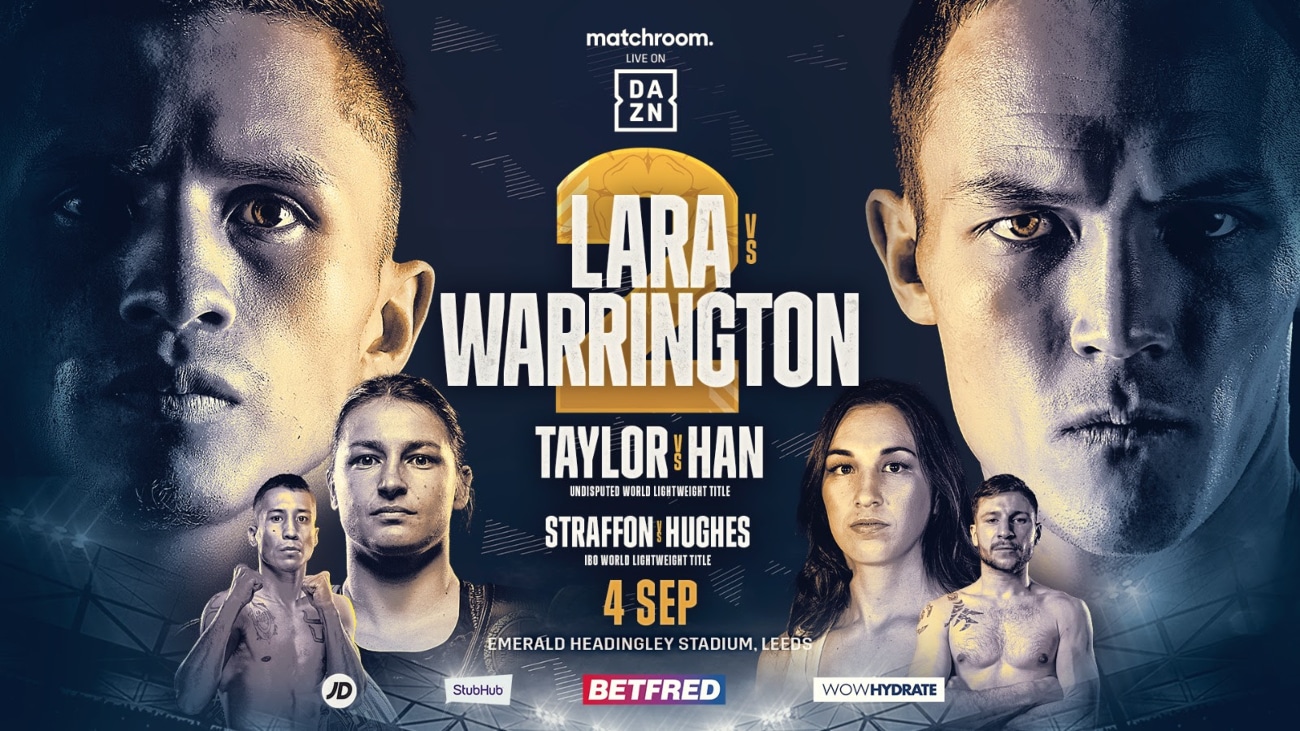 Boxing is an unforgiving sport. At the top level, fighters can be severely punished for mistakes made both inside and outside the ring.

Despite his experience, Josh Warrington got a stark reminder of just how unforgiving boxing can be in February. Unhappy with the IBF’s insistence that he fight Kid Galahad, Warrington decided to give up his IBF featherweight world championship belt and instead take a fight with Mauricio Lara that was supposed to provide a routine win as he returned from an absence of well over a year.

Warrington was the heavy favourite with the bookies for the fight in February but unheralded Lara did not read the script through. He came out all guns blazing, flooring Warrington in the fourth round before completing the upset win in the ninth round via a devastating knockout.

That result means Warrington’s goal of unifying the featherweight division has given way to simple revenge as he meets Lara again. This time, the fight is on true home territory for Warrington at Emerald Headingley in Leeds and he is under no illusion that there is no room for complacency for the rematch.

As impressive as Lara was for much of his win in Wembley it was not a faultless performance. In fact, it was to Warrington’s credit that he recovered well enough from such a shaky start to almost control some rounds. He had been too damaged and left himself with too much to do to truly get back on terms though and he knows that he can’t allow Lara a similarly fast start this time around.

Warrington has spoken candidly about how much the first defeat of his career hurt. There were times when he considered stepping away from the sport but having spoken to Anthony Joshua – who went through a similar thing after his shock defeat to Andy Ruiz – he has rededicated himself to his career and is very much focusing on climbing back up the rankings.

The bookies are expecting Warrington to delight the home fans in Leeds. He is the odds on favourite at 4/6 with bet365 and defeat would be an even bigger shock this time around. Lara is no longer an unknown quantity. If Warrington can use his experience and keep his adrenaline in check to control the fight, he should be able to get his career right back on track.

Lara has spoken passionately about his desire to silence the Leeds crowd on Saturday. As well as wanting to prove that he is no one hit wonder, Lara has also been fired up by a supposed lack of respect shown by his opponent.

The Mexican believes that Warrington has been too dismissive in suggesting that it was merely a lack of preparation and motivation that cost him at Wembley. He had similar motivation that night after Warrington repeatedly said that it was not the fight he wanted and that he was already planning for the future.

For Lara to get his wish and silence the Leeds crowd he will have to utilise his punch power. The longer this fight goes, the tougher it will be for Lara to win so those looking to back the outsider should consider backing him to win by knockout, technical knockout or disqualification at 6/4 with Paddy Power.

However, Warrington’s experience and newly found focus is going to make him very difficult to beat. Moreover, he loves putting on a show and the return of fans will boost his performance levels. For those reasons, Warrington to win by decision looks the most tempting option in the betting at 13/10 with Paddy Power.

As much as Warrington would love to win this fight in style with a big knockout win, that is unlikely. Lara is a younger, very mobile opponent while Warrington’s corner team will have been drilling home the importance of controlling the fight and making sure that it goes the distance in training.

If you fancy Lara to secure the win that would surely put an end to Warrington’s career then there are some good prices available in the Round Betting market. We’d favour an early knockout if any at with Round 4 well priced at 20/1 with Betfred but expect Warrington to avoid another slip up.