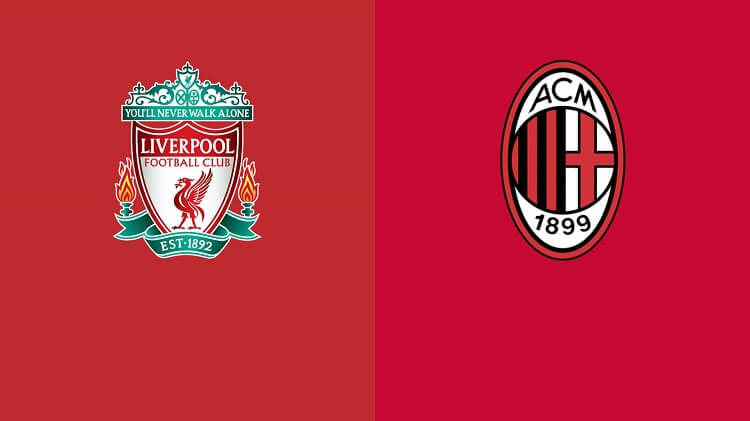 The Champions League makes what should be a triumphant return this week. The draw for the group stages of Europe’s premier club competition has certainly thrown up some cracking matches. Chief among them in week one is the clash between Liverpool and AC Milan.

These two clubs have been crowned European champions 13 times between them and met in both the 2005 and 2007 finals. Although it’s Milan who edge Liverpool historically speaking, it’s the Premier League side who have much the better chance of going all the way to St Petersburg for the 2022 final.

Jurgen Klopp’s men have shown already that they are a better side this season than last. Harvey Elliott may have suffered a horrible injury at Elland Road on Sunday but Liverpool generally have their key players fit and ready to contribute.

Those who expect Liverpool to carry straight on from their 3-0 win over Leeds should be wary though. Milan also have important players returning from injury, including the incomparable Zlatan Ibrahimovic who marked his return with a goal in the 2-0 win over Lazio. After six years out of the Champions League, the Serie A side need no extra motivation for their taste of the famous atmosphere of a European night at Anfield.

Few sides suffered from the lack of fans last season as much as Liverpool. Klopp and the club have made a conscious effort over the last few years to grow the bond between the team and the fans and without them Anfield ceased to be the fortress of old. Early days it may be but the Anfield faithful clearly helped Liverpool in their 2-0 win over Burnley and their hard fought point against Chelsea.

That atmosphere gets turned up to 11 on a European night at Anfield. Therefore, the leaders in the AC Milan dressing room will have to stand up and be counted or else the Italian side could leave Merseyside with their tail tucked between their legs.

The bookies believe that Liverpool will prove to have too much for their opponents as the home side are odds on across the board. Liverpool are the worthy favourites but these early stages of the Champions League are not the time to be taking prices like the 8/15 that Ladbrokes are quoting on a home win.

A better way to try and profit from a Liverpool success is backing them to win by a one goal margin at 11/4 with bet365. This has the look of a tight match and Milan will have no problem relying on their defence which is marshalled by the excellent Fikayo Tomori. However, if Liverpool do take an early lead then Milan have the attacking quality required to get themselves back into the match.

A narrow win for the home side is well worth backing at that price.

Scorelines reflecting a Liverpool win dominate the top of the Correct Score market. There really isn’t much between the top four selections but of them all we would plump for Liverpool 2-1 at 7/1 with Betfred.

Liverpool’s defence has been performing well in terms of goals conceded this season. However, the expected goals numbers show that the clean sheets against Norwich, Burnley and Leeds could quite have easily been wiped out had those three teams taken their chances. AC Milan are unlikely to be as unforgiving.

In Ante Rebic, Olivier Giroud and Zlatan Ibrahimovic, Milan have three quality options to lead the line. Whichever of those three gets the nod to start by Stefano Pioli will be supported by some equally good creative midfielders so this could turn into the toughest test of Liverpool’s defence so far this season.

By the same token, Milan’s defence won’t face a forward line of Liverpool’s quality too often this season. Mohamed Salah has begun his campaign in ominous form while Sadio Mane’s performance against Leeds was as good as we’ve seen from him for some time. Liverpool face a test but it’s one they can pass.

Salah will almost always be the favourite to score first in any game that he starts. It may be worth ignoring the claims of the brilliant Egyptian on Wednesday and siding with Mane instead.

The Senegalese forward really was excellent against Leeds and should have scored more than once at Elland Road. He was one of many Liverpool players who weren’t quite at it last season. The return of fans appears to have relit the fire in Mane which is great news for Liverpool fans and potentially good news for anybody who backs him to open the scoring against AC Milan at 9/2 with Ladbrokes.

Liverpool 2-1 correct score at 7/1 with Betfred

Sadio Mane to score first at 9/2 with Ladbrokes