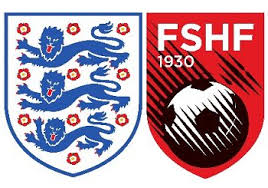 Arsene Wenger’s proposal that the World Cup should take place every two years has not gone down particularly well in the world of football. One of the key elements of his argument, that the football calendar needs to be changed quite radically, is much more popular among players, fans and managers though.

Premier League managers would certainly be happier if their players had not gone off on international duty this week and England fans won’t be overly enthused by the prospect of watching their team take on Albania and San Marino. However, Friday night is big for the Three Lions as they can confirm their place in the World Cup.

A match under the Friday night lights should which is overwhelmingly likely to end in a positive result and a positive outcome in terms of qualification will ensure a good atmosphere at Wembley Stadium. Every player in Southgate’s squad will be out to impress their manager in a bid to ensure they are part of the travelling party to Qatar in just over a year’s time so those who make the trip to North West London could be treated to some excellent entertainment.

After delighting the country with their run to the final of Euro 2020, it is remarkable how few of England’s squad from the summer are playing well at the moment. Of the team that started against Italy it’s only really Declan Rice and Kyle Walker who have started the new season well with their clubs.

The indifferent form of many England players has carried into the national team. The Three Lions have dropped points against Poland and Hungary since the new season started. Those results haven’t damaged England’s chances of making it to the 2022 World Cup but they have given Southgate a lot to ponder. His attempt to get England playing more progressively by starting one extra attack minded midfielder did not work against Hungary so it will be interesting to see what approach he takes to a match in which England are the 1/8 favourites with bet365.

England’s chances of going one better than the Euros and winning the World Cup are better if they take advantage of the areas they are blessed, most notably in attacking midfield. However, they need balance in midfield and both Jordan Henderson and Jude Bellingham will feel they can provide it next to Rice who is undroppable at the moment.

Southgate has time to get the makeup of his team right and whoever he picks, England should beat Albania with minimum fuss. So, back the home side to win to nil at 1/2 with bet365.

England were comfortable 2-0 winners against Albania in the first meeting of these two nations back in March. Although the Three Lions aren’t playing as well at currently as they were at that point, home advantage should and the desire to impress Southgate should ensure that they are at least as comfortable on Friday night.

If you fancy a repeat of the scoreline from March, Paddy Power are offering 7/2 about a 2-0 win for England. We’d prefer going for a bigger margin of victory and backing England to win 3-0 at 9/2 with 888sport. England are much the better side and will want to put recent disappointing results behind them with a big win to qualify.

When Jack Grealish was sold to Manchester City, the Aston Villa hierarchy were quite proud of the fact that they had reinvested the money into three players who could replace him. That sounded good enough at the time but the loss of Grealish has hurt Villa to such an extent that manager Dean Smith paid with his job.

As much as Aston Villa are missing Grealish, Grealish looks to be missing the freedom he had at his boyhood club. Everybody in football expects Grealish to end up a better player for the management of Pep Guardiola but in the early stages of his time in Manchester Grealish is finding it tough to have the sort of impact on games that he is used to having.

It could be very different for England. The England fans have long been keen for Grealish to be given a starring role and he can grab his chance to shine as the man his team turn to with a big performance on Friday night. He will demand the ball in dangerous positions and will be a constant menace to the Albanian defence so back Grealish to open the scoring at 13/2 with Betfred.

Jack Grealish to Score First at 13/2 with Betfred