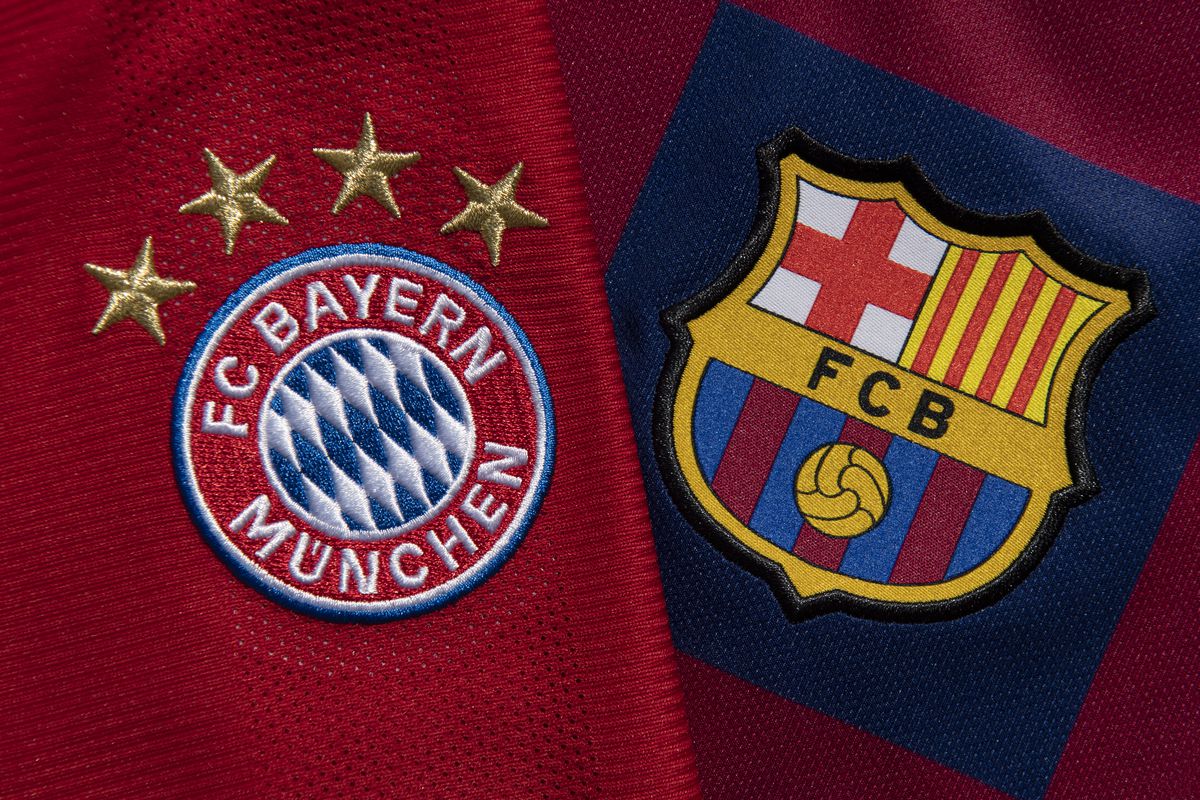 When Barcelona won the Liga title in 2019, their fourth league title in five seasons, rebuilding the squad was a long way from the minds of anybody at the club. That has proven to be a big mistake.

Massive financial problems off the pitch were exacerbated by the loss of matchday revenue and it didn’t take long for the problems to bleed into their performance. Barca have been humbled domestically with the two Madrid teams sharing the Liga title and humiliated in the Champions League at times, most notably when losing their quarter-final against Bayern Munich 8-2 in August 2020.

While the replacement of one club legend, Ronald Koeman, with another in Xavi has made the Camp Nou a happier place, Barcelona could be about to face a new humbling experience. If the Catalan side don’t manage to beat Bayern Munich in the Allianz Arena they could miss out on the knockout stages of the Champions League for the first time since the 2003-04 season (subject to the result of Benfica’s home match against Dynamo Kyiv).

Xavi has been talking positively about his team’s chances of winning in Bavaria and Bayern have already won Group E so could take their foot off the gas somewhat but this remains a very tough ask against the second favourites to win the Champions League outright.

Bayern Munich and Barcelona head into their match on the back of contrasting league results. It was a very good weekend for Bayern who extended their lead at the top of the Bundesliga to four points thanks to an exciting and controversial away win against Borussia Dortmund. Barcelona, however, fell even further off the pace in La Liga with a 1-0 loss at home to Real Betis.

That defeat was the first of Xavi’s reign. If he was in any doubt about how much work needs to be done with this squad it was laid bare in a match where Barcelona where very much second best. It was the sort of performance that suggests even a rotated Bayern Munich team deserves to be the odds on favourites with the bookies on Wednesday night.

Bayern also have recent head-to-head form on their side. That 8-2 win secured en route to Champions League glory is one of five wins for the Bavarians in their last six meetings with Barcelona. The It’s not been completely plain sailing for Bayern this season as the squad adapt to the methods of new manager, Julian Nagelsmann, but they have won all five of their Champions League matches to date including a 3-0 victory in the Camp Nou.

Barcelona’s desperation to get something out of the match should ensure that they have their moments and Xavi will be very disappointed if his team don’t at least make a game of is given that Bayern have conceded three goals in their last two Champions League matches. Ultimately though, Barcelona look a level short of Bayern though so we’d recommend backing the home team to win in a game where both teams score at 13/8 with bet365.

Going by the Correct Score market the bookies seem to be expecting a very entertaining match in Bavaria. Although Bayern don’t have anything riding on the match there are few bigger scalps to take in European football than Barcelona and you can be sure the players and fans will be well up for the match.

Barcelona’s chances of winning have been dealt a blow by the news that Ansu Fati will miss the match while Gavi could well be missing as well after he was taken to hospital as a precaution having suffered a blow to the head against Betis. With the best will in the world, this is not a Barcelona squad that can handle too many high quality missing players and it is especially tough to lose two players who are so good on the ball.

The more Barcelona struggle to keep the ball the more pressure they’ll be put under by Bayern so consider backing the home side to win 3-1 at 10/1 with Ladbrokes.

Robert Lewandowski was given a special mention by former Barcelona player Lionel Messi when the Argentine picked up his seventh Ballon d’Or trophy last week. Lewandowski continues to frighten defences all over Europe and there is no sign of the 33-year-old slowing down any time soon.

The only issue with backing Lewandowski to score is that he may be rested for the match but Thomas Muller has suggested otherwise, saying that his snubbing for the Ballon d’Or will only provide further motivation for Lewandowski to fire Bayern towards more success in Europe.

If you’re not happy to back Lewandowski to score first at 21/10 with 888sport, consider supporting Muller at 8/1 with bet365.