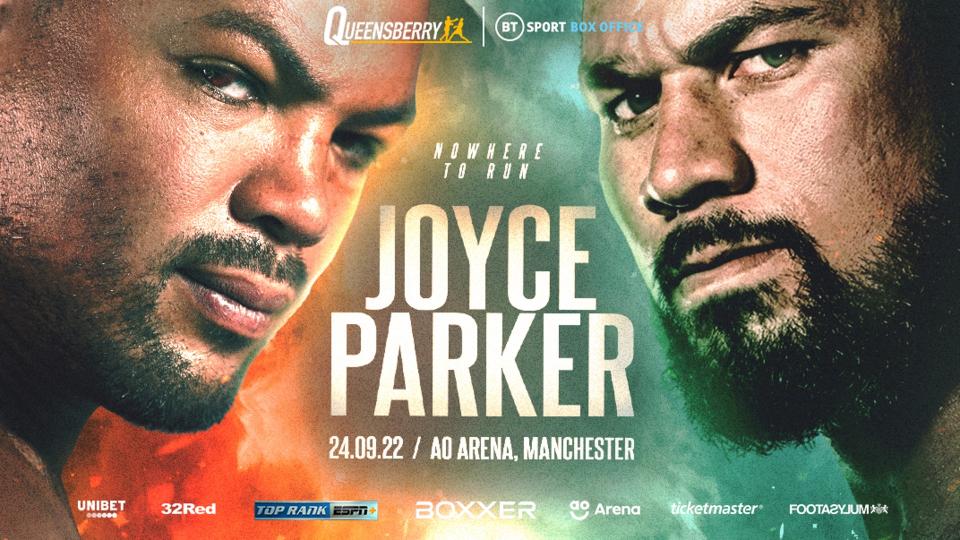 Boxing fans know that the drama and back-and-forth for a big fight starts long before the fighters enter the ring. Making a fight takes a whole lot of work from a whole lot of people and as many exciting fights have fallen by the wayside than have been made in boxing’s long and often fractious history.

It looks for some time as though the heavyweight fight between Joe Joyce and Joseph Parker was destined to be one of those fights that never got off the ground. Initial talks between the two camps broke down over the summer but a breakthrough was subsequently made and the two will now face off for the WBO Interim belt in Manchester’s AO Arena on Saturday.

On paper, this is a home fight for Joyce. The former Olympian will hope that fighting in Britain will ensure he gets the bulk of the support from the crowd. However, Joyce is a Londoner while Parker has been living and training near Manchester for some time.

Parker is also close friends and training partners with Manchester hero, Tyson Fury, so the crowd at the AO Arena should be split pretty evenly in favour of the two fighters. The fight itself should also be pretty even if if Joyce is the odds-on favourite with the bookmakers.

The respective career trajectories of Joyce and Parker would have you believe that the bookies’ favourite is the younger man. Certainly, Joyce has been talking up his chances of using this fight as something of a stepping stone en route to a world championship.

By contrast, Parker’s best days are almost certainly behind him. The New Zealander had his chances at the very top level but back-to-back defeats against Anthony Joshua and Dillian Whyte all but ended any hopes he had of winning a world championship.

Despite all of that and the fact that Parker has had more than twice as many professional fights as his opponent, he is seven years Joyce’s junior.

Joyce may be the favourite and the fighter in the ascendancy but Parker is the one with time on his side. He’s also the fighter with less to lose. There is no burden of expectation for Parker to bear, even if Tyson Fury has marked the Kiwi out as his pick to win the fight.

This is undoubtedly the biggest test of Joyce’s career and at a best price of 1/2 with bet365 he is surely too short to support in the betting.

Joyce likes to stretch fights out, taking a lot of punishment before wearing his opponents down. This time though, Joyce’s nous, experience and sheer boxing ability could see his chances get better as the fight wears on so he may well be worth backing at 13/8 with Coral.

For Joyce to justify his billing as the pre-fight favourite he’ll surely have to score a knockout victory. It’s strange, therefore, to see a Joyce win by decision as the shortest priced selection in the Method of Victory Market.

If you fancy Joyce to get the job done then it could pay to avoid the odds-on prices in the Winner Market and instead take the 3/1 that bet365 are quoting on Joyce winning by decision or technical decision.

However, the best best looks to be Parker winning on points at 14/5 with Coral.

The younger man is the better move by a very long way and he’ll hope to utilise that movement to keep Joyce unbalanced and do enough to convince the judges he’s worthy of winning round after round.

The bookies clearly understand Joyce’s preferred style of fighting and his famed ability to take a punch.. Selections reflecting the favourite winning in one of the later rounds of the fight dominate the top of the Round Betting Market which makes sense given what we’ve seen from him in previous fights.

As we’ve seen, the problem this time around is that Parker is not going to play ball. The underdog won’t have things his own way by any means and he’ll have to work hard for any success he has but his movement should keep Joyce guessing, tiring him out to sap his late power.

Joseph Parker to Win at 13/8 with Coral

Joseph Parker to Win on Points at 14/5 with Coral