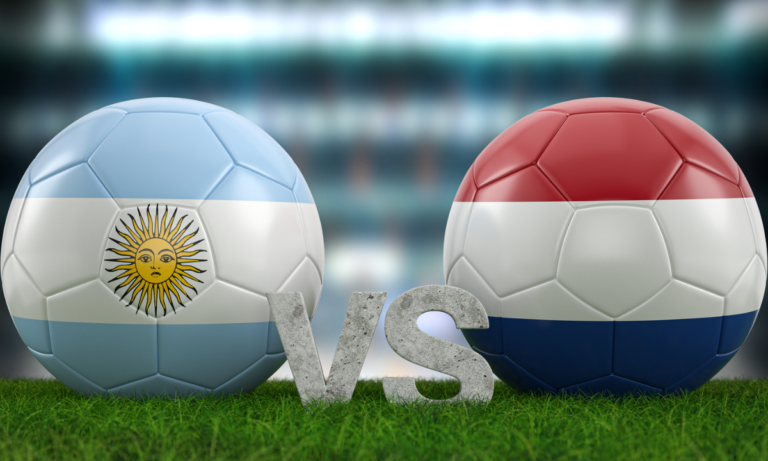 On the one hand, France versus Argentina sounds like the sort of heavyweight encounter that befits a World Cup final. On the other, many people believe there would be more interest in the match had Morocco’s underdog story carried on for one more step.

Valiant as they were, Morocco just lacked the quality to get the better of France in their semi-final. The defending world champions were able to dig in when required, see off the Moroccan challenge and use their quality to take the chances they needs to qualify for a fourth World Cup final in seven tournaments.

For all that some argue France have rarely shone thus far in Qatar there is no doubt they know how to get over the line under the management of Didier Deschamps.

Argentina have caught the eye more than their opponents and, as the reigning Copa America champions, they too know how to win at the top level. Lionel Scaloni certainly hasn’t had any problem making defensive substitutions to ensure his team don’t lose their grip on a match so this promises to be an incredibly well-matched contest between two teams full of quality and nous.

In case you needed any further reminder that this is an evenly-balanced match you only have to look at the Match Odds market. The bookies are finding it almost impossible to separate Argentina and France and you can get both teams at 9/5.

Argentina were our initial pick to win the World Cup in our pre-tournament preview. It didn’t look like a wise selection when they lost to Saudi Arabia in their first match but they have improved remarkably.

That improvement has come both because of individuals and the collective.

Lionel Messi has been extraordinary in his final World Cup, Julian Alvarez’s four goals mean he is still in the running to win the Golden Boot and Enzo Fernandez has been one of the the breakout stars of the tournament.

Collectively, Argentina have leaned into the role of the bad guys. They’re happy to antagonise, to play defensive football and even to spoil the game when necessary.

It’s a story of both individuals and the collective for France as well.

Kylian Mbappe has been every bit as good as we all hoped, Olivier Giroud continues to thrive on the biggest stage of all and Antoine Griezmann is nothing short of a revelation dropped into the midfield.

It’s the collective though that has taken France this far.

Deschamps had awful luck with injuries in the lead up to the World Cup, losing the heart of his midfield in Paul Pogba and N’Golo Kante and the Ballon d’Or winner Karim Benzema. But for every loss, somebody else has stepped up for France to do exactly the job that Deschamps has asked of them.

For the avoidance of any doubt, this really does look as though it’s too close to call and there is every chance we’ll need extra time and possibly penalties to decide the winner so take the odds of 2/1 that Ladbrokes are quoting on the draw.

Scaloni and Deschamps can each call on one of the very best attacking players in world football. For all that Mbappe and Messi spearhead fearsome attacking units, the inclination of both managers is to be risk averse.

Both teams took relatively early leads in their semi-finals and will be incredibly keen to ensure they are not trying to claw back a deficit in the final.

It won’t just be the early stages that are cagey. The later the game goes on, the more concerned the teams will be to concede what could be a decisive goal.

That said, it is unlikely that the sheer amount of attacking talent on display will be kept quiet for the whole 90 minutes so we like the look of a bet on the 1-1 Correct Score at 5/1 with Coral.

The betting for the First Goalscorer market closely mirrors the betting for the Golden Boot with Lionel Messi slightly ahead of Kylian Mbappe. Both PSG strikers have scored five times in the lead up to the final with Messi’s extra assist giving him the edge.

He’s also favoured in the betting to open the scoring but the value in the market lies away from the top two.

Julian Alvarez has only really started to introduce himself to Premier League fans but he’s look very much the real deal out in Qatar. The Manchester City forward is just a brace away from potentially winning the Golden Boot himself and he looks a good price to open the scoring at 7/1 with Paddy Power.

The Draw at 2/1 with Ladbrokes

Julian Alvarez to Score First at 7/1 with Paddy Power