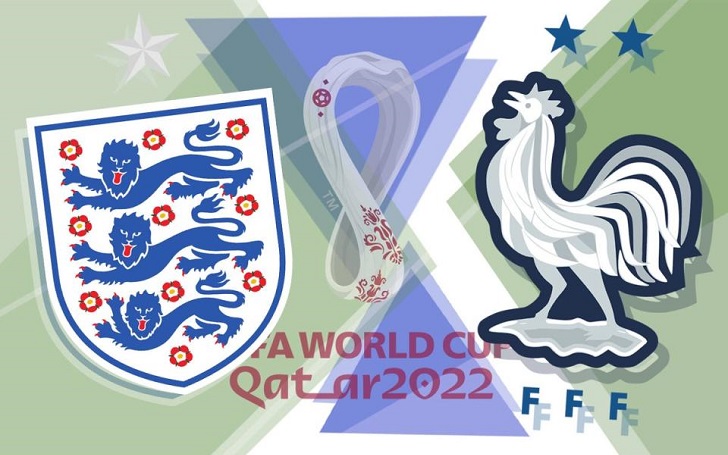 There is no doubt that the build up to the 2022 World Cup was strange.

From the controversy surround the choice of Qatar as the tournament hosts to the timing slap bang in the middle of the European season, it all felt a bit off. The antipathy didn’t immediately dissipate when the group stages began but you have to say that it feels like a proper World Cup now.

The Round of 16 provided some brilliant performances, some major surprises and even a couple of penalty shoot-outs. Those eight matches have left us with a mouth-watering quarter-final lineup which is headlined by England vs France.

The rivalry between the two neighbours stretches back way beyond the codification of the rules of football but it’s all about the here and now where the joint-top scoring team takes on the team with the top scoring player.

Apart from the USA match, England have looked very good so far in Qatar. Man-for-man, they arguably have the edge in terms of quality over France but the form of Kylian Mbappe is enough to level things up single handedly.

With prime billing on Saturday night, this is a game of football you simply cannot afford to miss.

The bookmakers know that not every punter bets with their head over their heart. Indeed, so-called ‘patriotic punting’ is so prevalent during major international tournaments that England’s odds often won’t be an accurate reflection of their chances of winning.

For that reason, England’s billing as the underdogs is all the more surprising.

Gareth Southgate’s men haven’t been foot perfect but they showed a ruthless streak against Iran, Wales and Senegal, have kept three clean sheets in a row and have arguably the strongest bench of any team in Qatar.

For all that England must cope with the brilliance of Mbappe, the French defence must cope with Harry Kane, Phil Foden and Bukayo Saka from the start and then any of Marcus Rashford, Jack Grealish, Callum Wilson and James Maddison from the bench.

And that’s just the forwards.

England’s midfield trio of Declan Rice, Jude Bellingham and Jordan Henderson is dynamic, hard-working and good for a goal.

As good as France are, as successful as Didier Deschamps has been as Les Bleus manager and as tough as this match will be, England look a good price to win inside 90 minutes at 2/1 with Paddy Power.

England and France scored a combined seven goals in their first two matches of the knockout stages and both teams are stronger in attack than defence. That said, Southgate and Deschamps have both been characterised as defensive managers and neither will let their team throw their World Cup chances away by being overly ambitious, particularly in the early stages.

The chance of a low-scoring, rather tentative match has been reflected by the betting markets with scorelines including two or fewer goals filling the top four selections in the Correct Score market.

Southgate and Deschamps might both prefer a lower scoring match but keeping the sheer amount of attacking quality in their opponent’s team quiet is much easier planned for than achieved.

We’re going to plump for a higher scoring match with England sneaking it 2-1, a selection which is available at 11/1 with Paddy Power.

Kylian Mbappe and Harry Kane are very different footballers but both are among the very best forward players of their generation. It is only natural that those two should be the joint-favourites to open the scoring on Saturday night but, once again, the value may lay a little lower down the market.

Marcus Rashford is a tempting option to score first as the Manchester United forward has really hit his stride in Qatar.

The only problem with backing Rashford is that he is likely to start on the bench again. Phil Foden, however, is a nailed on starter.

For all that Southgate says he doesn’t listen to what the press are saying or what fans are clamouring for on social media, he has gone along with the wishes of most England fans by starting Foden having initially not being able to find a place in the team for him.

Foden will start out on the left for England against France but his intelligent movement and desire to influence a game means he’ll pop up in lots of dangerous positions. Adept at starting and finishing moves, Foden is starting to show the brilliance we’re used to seeing from him at Manchester City on the international stage and he can strike first at a generous looking 11/1 with bet365.

England to Win at 2/1 with Paddy Power