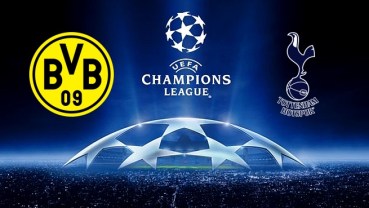 Tottenham’s topsy-turvy season took another twist on the weekend when they were well beaten in the North London Derby. Mauricio Pochettino knows exactly how much games against Arsenal mean to the Spurs’ faithful but he had no qualms taking a longer term view in the second half at the Emirates.

The Tottenham manager withdrew both Harry Kane and Dele Alli when it became clear that their chances of victory had all but disappeared in an attempt to keep the England pairing fresh for Tuesday’s match against Borussia Dortmund.

It looked a strange decision at the time as Tottenham had just got a foothold in the match but Pochettino will be vindicated if Kane and Alli play an important role at the BVB Stadion. Spurs can win Group H with a repeat of the win they secured over Dortmund in matchday one. That, however, is easier said than done against Peter Bosz’s team who are capable of some wonderful football on their day.

It’s not just Tottenham who have been inconsistent this season. Dortmund have shown some glimpses of quality football since Bosz joined the club from Ajax but in addition to their poor European form, the 2-1 defeat against Stuttgart makes it four losses in the Bundesliga. In the longer term, those results must improve as the club’s hierarchy expect Dortmund to be challenging for major honours. For now though, Bosz is content to impose his style on his new players.

Whilst at Ajax, Bosz developed one of the most exciting young sides in Europe. He’s sticking with his attacking mindset at Dortmund who already have 29 league goals to their name. They’ve struggled for goals in Europe but you can be sure the home side will take the game to Spurs at every possible opportunity.

While that will pose Pochettino problems, he’ll be excited by the prospect of hitting Dortmund on the counterattack. Spurs’ pace in attacking positions is plentiful and their ability to hit pinpoint passes means they’re devastating on the counter. Dortmund are a quality outfit going forward but their attacking intent could be their undoing, just as it was at Wembley. Dortmund also have problems with discipline off the pitch which may weaken the squad for Tuesday’s match.

Spurs are smarting but they can bounce straight back from Saturday’s disappointment with another huge Champions League win at 11/10 with Stan James.

There aren’t many mangers in the Premier League who wouldn’t take the Tottenham defence. Pochettino has the luxury of being able to switch between employing three and four men at the back so he has options when preparing for Tuesday.

That said, Arsenal showed that you can get at this Tottenham team when top quality attacking players are fully committed. There can be no doubting the quality of attacking players in this Dortmund side and you can be sure of their commitment on Tuesday. Dortmund may end up with nothing to show from the game but they should be able to score against Spurs.

So, if you’re having a bet in the Correct Score market, make sure to choose an option in which both teams score. A repeat of the 3-1 scoreline from Wembley would net to a particularly healthy profit at a best price of 14/1 with Bet365.

The amount of attacking quality available to Bosz makes it difficult to pick out an individual Dortmund player to score first. Disciplinary issues aside, Pierre-Emerick Aubameyang remains Dortmund’s main striker with 14 goals in domestic season so far this season. However, he’s managed just the one goal from four Champions League games and you can be sure Pochettino will have special plans to deal with the Gabon international.

That could open up space for Maximilian Philipp to exploit. He too has struggled for form in Europe but the 23-year-old is becoming increasingly important for Dortmund and should be given a chance to shine by Bosz. Given that we expect Tottenham to win, it makes sense not to back Philipp to score first in the match, but instead, to score Dortmund’s first goal at 3/1 with William Hill.

When it comes to the First Goalscorer market, we’re going to side with Dele Alli at 15/2 with William Hill. He returned from European suspension with a world class performance against Real Madrid in matchday four and could open the scoring for Spurs once again.

Tottenham to win at 11/10 with Stan James

Dele Alli to score first at 15/2 with William Hill