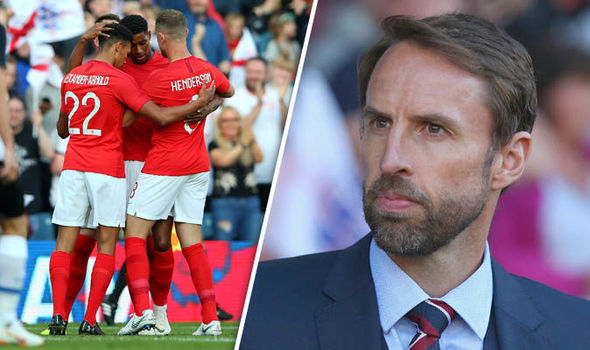 A lot has been written about the difficulties of keeping a group of footballers happy during an extended stay at a major international tournament. The FA have put a lot of work into ensuring that the England squad remain in good spirits whilst in their Russian base, in the remote town of Repino.

Fortunately, the England players have had the first few days of the 2018 World Cup to enjoy. Watching the early matches will be strange for Gareth Southgate’s men but the England manager will hope it provides the motivation required for the Three Lions to get off to a winning start when they play Tunisia on Monday evening.

England have only once gone into aWorld Cup campaign at longer odds than the 8/1 you can back them at to win in Russia. That reflects the fact that both punters and England fans have only modest expectation levels after a number of missteps. It could be, however, that this is the first time the Three Lions have been underestimated by the English public.

The two recent friendly victories over Nigeria and Costa Rica showed that England may well be a work in progress but they are also a team full of exciting talent, especially in going forwards. The line is lead by Harry Kane who is as good a striker as any at the World Cup and he’ll be ably supported by one or more of Dele Alli, Raheem Sterling, Jamie Vardy, Marcus Rashford, Danny Welbeck and Jesse Lingard.

The three-man defence favoured by Southgate in recent months also allows England’s wing-backs to push forward whenever the opportunity presents itself. The compromise is that the midfield is a little pedestrian which could be an issue against Tunisia and Panama who will be content to try and frustrate England.

Tunisia are not without their own exciting players. Captain, Wahbi Khazri and Dijon’s Naim Sliti are dangerous when they get the ball at their feet but the injuries to both Taha Yassine Khenissi and Youssef Mskani have robbed the Carthage Eagles of two of their best attacking options.

When you assess these two teams there is clearly a gulf in quality which should see England win at the Volgograd Arena at a best price of 4/9 with Bet365.

Gareth Southgate knows that England should have little trouble picking up the win against Tunisia. He’ll hope that his team can utilise their extra quality early on in the match and take a lead into the break at half time. From then on, expect England to try and dictate the play and win by expelling as little energy as possible.

As a defender, Southgate is naturally wary about the attacking threat posed by the opposition and he will be especially keen for his wing-backs to keep tabs on Tunisia’s wide men. If England were to try and send out a message to the rest of the teams at the World Cup there is little doubt they could put three or four goals past Tunisia. As it is, they’ll be happy with a comfortable win first up which makes the England 2-0 correct score look a tempting betting option at 51/10 with 888Sport.

One area where England are certainly not lacking is in the goalscoring department. Some people have pointed out that Harry Kane was very disappointing during Euro 2016 but the England captain has been performing at the top level for such a long time now that it is easy to forget that he won’t turn 25 until after the World Cup.

Kane is the clear favourite to be England’s top goalscorer in Russia and will be very keen to settle his nerves with an early goal. However, it’s Raheem Sterling who appears to offer the best betting value in the First Goalscorer market.

Sterling has improved considerably for his time playing under Pep Guardiola at Man City. He’s also enjoying more support from England fans that ever in response to perceived unfair treatment by sections of the British press. Sterling isn’t the most clinical in front of goal but he does look a good bet to score first against Tunisia at 24/5 with Unibet.

Raheem Sterling to score first at 24/5 with Unibet